Go Remote Control Fishing with Animal Planet’s “Off The Hook”!

Then, in the heart of the Midwest, Showtime Eric Young takes on a fearsome foe – the invasive Asian Carp. Peoria, Illinois may look calm on the surface, but underneath the waters of the nearby Illinois River lurk (and fly)  millions of fish that just shouldn’t be there. To battle these invaders, Eric joins forces with the Peoria Carp Hunters, two local guys who have made it their mission to tackle these big, acrobatic fish. That means strapping on weapons and taking to the river to do battle. Will Showtime EY survive the Carpocalypse? 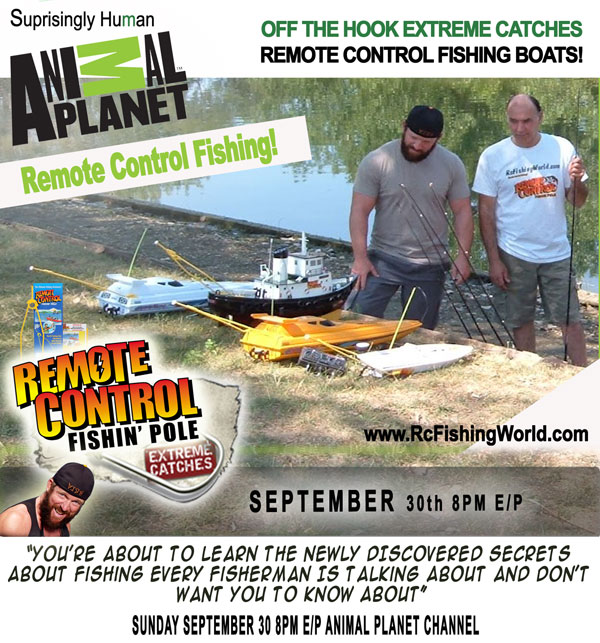